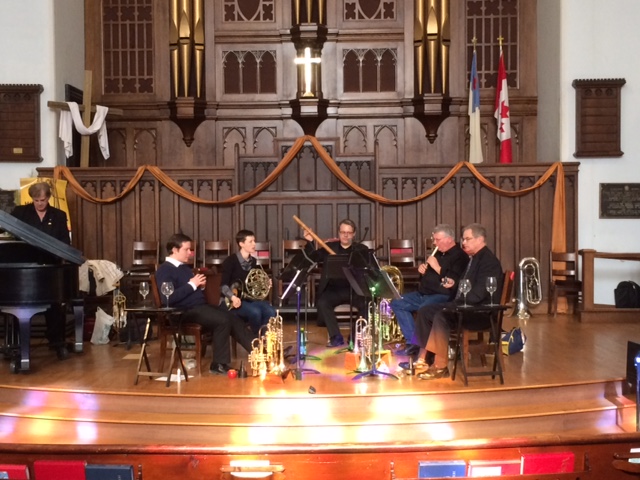 The 2014 Horn Day takes place March 30th at Humber college, with a concert from 4:30PM to 6:00PM. True North Brass’ Joan Watson will be the tribute recipient for 2014. For more information, click here

True North Brass has performed with quite a few orchestras over the years, so we were pleased when the North Bay Symphony asked us to join them for their March 1st 2014 concert. This past Fall,Scott and I reworked our orchestra arrangements a bit, and Jim McGrath...

Paul Baker of North Bay approached us about giving a masterclass for local brass players while we were in town. This is a true passion for each member of TNB to participate in, so we were thrilled to be asked. I must say, a lot of planning, advertising and organizing...