For over twenty years the True North Brass has been a prominent fixture on the landscape of brass chamber music. In 2018 the True North Brass reemerges onto the Canadian and international concert stage with new membership, a new sound and new repertoire, reestablishing itself as one of the world’s finest brass ensembles.

The new True North Brass, representing some of Canada’s most prominent orchestral brass players, is carrying on the True North Brass tradition, equally at home in recital, in music education or collaborating with symphony orchestras. 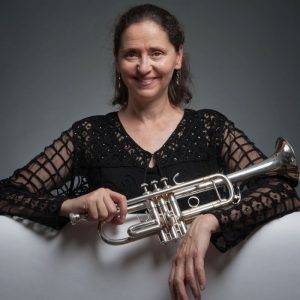 Following three successful seasons (1996-1999) as Acting Principal Trumpet of the National Arts Centre Orchestra, Karen Donnelly was unanimously appointed Principal Trumpet in October 1999, and continues to enjoy each year with this wonderful ensemble.

A native of Regina, Saskatchewan, Karen picked up a trumpet for the first time in her elementary school band program and she was hooked.  Her formal training includes a Bachelor of Arts in Music program at the University of Regina and later a Master’s of Music from McGill University.

Karen held the position of Principal Trumpet with Orchestra London (Canada) from 1994-1996, and performed with many ensembles in southwestern Ontario during her time there. 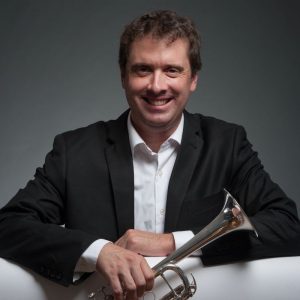 As a soloist, Beaulac has performed various concertos from Bach’s Brandenburg Concerto No. 2 to Henri Tomasi’s Concerto with the Orchestre Métropolitain, I Musici, the McGill Chamber Orchestra and the Montreal chamber Orchestra. Also active on the chamber music scene, he has performed with renowned artists Matt Haimovitz , Wony Song, Suzie Leblanc, Alain Trudel, Jens Lindemann, Vincent Boucher, Louis-Philipe Marsolais, Luc Beauséjour, Julie Boulianne, and Manon Lafrance. He has participated in many recordings, notably with Yannick Nézet-Séguin and the Orchestre Métropolitain, as well as a CD recording in 2006 with organist Vincent Boucher on Atma label. Also active as a trumpet pedagogue, Mr. Beaulac teaches at the University of Montreal as well as the Conservatoire de Musique de Montréal.

Stéphane Beaulac studied with Jean-Louis Chatel and Manon Lafrance at the Montreal Conservatory, where he won the Prize with Distinction unanimously, receiving the Wilfrid Pelletier Foundation award for the highest grade in all instruments. He also studied at the University of Montreal with Jean-Luc Gagnon. Beaulac has worked privately with internationally renowned teachers such as Charles Geyer, Barbara Butler, Mark Gould, James Thompson, John Wallace, Jens Lindemann, and Matthias Hoffs. 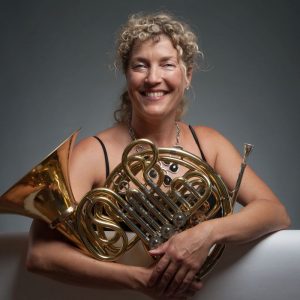 Julie Fauteux, born in Sherbrooke, Quebec, joined the NAC Orchestra in 1999 as associate principal horn. She studied at the Montreal Conservatory with James Somerville, where she finished with a “Premier Prix”.
Immediately after the end of her studies, at age 21, she was appointed principal horn of the Orquesta Sinfonica de Galicia in Spain, and later on in the Real Filharmonica de Galicia, also as principal horn, where she remained until coming to Ottawa in 1999.

Julie’s orchestral career also included being invited in 1998 to play some concerts with the Berlin Philharmonic Orchestra under the direction of Mariss Jansons.

Aside from orchestral playing, Julie also enjoys chamber music and teaching. She teaches horn at the Conservatoire de Musique de Gatineau and in Spain taught at the Academy of the “Real Filharmonica de Galicia”. She was a member of the faculty at the Banff Centre in the summer of 2006. She also takes part regularly in the Ottawa Chamber Music Festival. 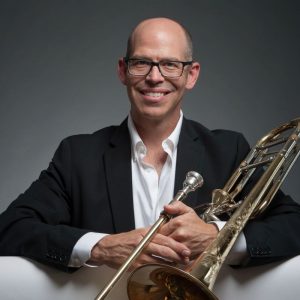 One of Canada’s most versatile brass instrumentalists, David Pell has been Bass Trombonist of the National Ballet of Canada Orchestra since 2006, Principal Trombonist of the Hamilton Philharmonic Orchestra since 2002. David serves on the faculty of the University of Toronto and the Royal Conservatory of Music’s Glenn Gould Professional School. He is Artistic Director of the Hannaford Street Silver Band, and has been a member of the Winnipeg Symphony, the Victoria Symphony and the Royal Winnipeg Ballet Touring Orchestra. 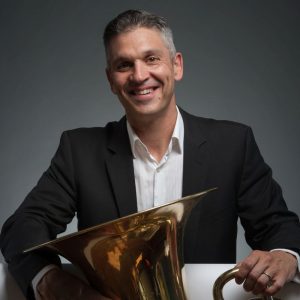 Sasha Johnson began his musical training at age 16, studying brass chamber music and tuba with Sam Pilafian at the Empire Brass Seminar of the Boston University Tanglewood Institute. He went on to study at the University of Toronto with both Mark Tetreault and Murray Crewe of the Toronto Symphony Orchestra, with Toby Hanks at the Manhattan School of Music. His additional private teachers and influences have included Arnold Jacobs, Gene Pokorny, Alan Baer and Mel Culbertson.

Sasha returned to Canada in 2001 and has established himself as a prominent performer and pedagogue. He has performed regularly with the Orchestre Symphonique de Montréal, the National Arts Centre Orchestra, and the Toronto Symphony. He is the instructor of tuba at the Royal Conservatory’s Glenn Gould School and an instructor of low brass and chamber music at McGill University and at NYO Canada. In January 2009, Sasha was appointed principal tuba of the National Ballet of Canada Orchestra. In 2015, together with hornist James Sommerville, Sasha founded the Canadian National Brass Project, Canada’s premiere symphonic brass ensemble, of which he remains administrative director.