Expect the unexpected from Stuart Laughton 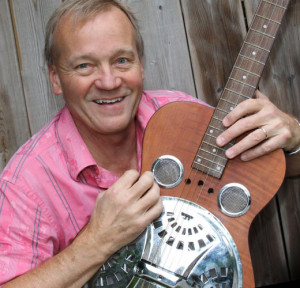 Stuart Laughton is no one-trick pony.

Sure, brass aficionados know him as a crackerjack classical trumpeter with an impressive resume dating back to 1970, when at age 19 he became an original member of the Canadian Brass and also joined the Hamilton Philharmonic Orchestra for a season. After studies at Curtis in Philadelphia, he had a one-year gig as principal trumpet at Milan’s La Scala. After a seven-year stint as a stay-at-home dad, Laughton eventually returned to the concert hall as a soloist, as concertmaster of the Hannaford Street Silver Band, and as co-founder of True North Brass, a quintet that performed at McMaster University last month. That TNB concert shifted into another gear altogether when Laughton pulled out his harmonica for the finale, Al Kay’s “True North Blues.”

“For me, classical music is a very important path and I’m glad and honoured to have been part of it, but it’s not who I am,” confessed Laughton over the line from his Burlington home. “The other half of me is all kinds of other music. Roots, blues, jazz, and other things.”

“It just went straight into my brain and I was never the same after that,” recalled Laughton.

So much so, that he bought an electric guitar and taught himself how to play from listening to King’s “Live at the Regal” album.

“I was always listening to B.B. King, Paul Butterfield, the Jefferson Airplane, but I didn’t feel I had the right to play that music (in public),” said Laughton. “It was like cheating on your wife. I had made a commitment to trumpet.”

In the late 1990s, Laughton, guitar in one hand and harmonica in the other, joined bassist Chas Elliott, drummer-songwriter Martin Worthy, and singer-songwriter-author Paul Quarrington to form Porkbelly Futures, a four-piece roots-rock-blues band that went from playing bars in Toronto to touring the country and releasing several CDs.

With Porkbelly well under his belt, Laughton felt it was time to branch out once again. A few years ago, he began toying with ideas on how to present different styles of music in the context of a concert.

“I decided it was career suicide because the music industry is constructed around genres, everybody is categorized,” said Laughton. “It wasn’t until I figured out that by calling it Radio Dial, and promoting the concept that you’re in the car turning the radio dial and you don’t know what you’re going to hear next. Suddenly that gave me the permission to make these wrenching stylistic shifts. It’s OK to go from a Chet Baker jazz thing to a B.B. King blues or a Broadway tune or a country thing.”

Initially, Laughton kept Radio Dial on low volume. There were a few gigs out in Ancaster, and Laughton also appeared downtown at the Artword Artbar.

“I was very quiet about it,” he admitted. “I didn’t want to broadcast what I was doing. I wasn’t confident in my role as a singer.”

To help with that, Laughton took vocal lessons from ex-Nylons frontman Micah Barnes, as well as Judith Lander. Currently, Laughton is singing in the tenor section of Bob Cooper’s Chorus Niagara, prepping for their performance of Bach’s “B Minor Mass” on March 5.

Leonard Turnevicius writes on classical music for The Hamilton Spectator.