Two years ago, my then 15 yr. old son decided he was going to start to play hockey. He barely knew how to skate but wanted to join a house league that his friends had been playing in since they were little. They were years ahead of him in ability and in his first season he quite literally stood in the middle of the rink during a game while the teams skated back and forth past him. After watching this for a few games, I asked Joel if he was OK with being a beginner around so many able players. He said “It doesn’t matter. I want to play hockey and I get better each time I play.” His friends kicked in with helpful tips, taking him skating at local rinks almost daily. He won “most improved player” and “most dedicated player” two years running. His team won the championships both years. 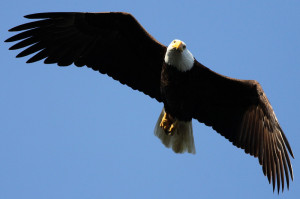 Last night I went to see him play a game that his team won 9-4. I can no longer pick him out easily because his skating and stick handling are almost equal to his teammates. We have a friend who was in the NHL and he takes Joel out,at 6:30am every so often, to teach him tricks a pro knows. Joel takes great care with all his equipment and skates. He is passionate about playing hockey and that is all that matters to him.

What does this have to do with being a musician? Everything. I encourage anyone to see a movie called “Peaceful Warrior” with Nick Nolte. It is a true story of an athlete but the basic story applies to everyone with a dream. Being a musician is just that. You want to play music because you feel the need to do it. You don’t concern yourself with the level you are at now. You don’t worry about winning a “job”. You just want to play. I know that when I was starting out at age 17, I would play anywhere someone would ask me to play. I still don’t ask how much it pays…it doesn’t really matter to me. Would I play for free all the time now? No, because I decided to specialize and make being a Principal Hornist/soloist my top notch contribution to professional music making. However, if someone needed me to play for nothing I would be happy to help out. When I decide to stop being a professional musician I know that I will jo

in a group to keep making music – be it singing or starting cello or playing horn.